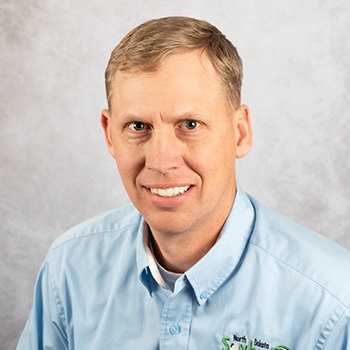 This could be a game-changer for North Dakota soybean farmers. After years of discussions and countless conversations espousing the need for soybean crushing capacity in North Dakota, the announcement that ADM plans to build a 150,000 bushel per day processing facility and biofuel refinery near Spiritwood came as very welcome news to many people in the state.

Currently, North Dakota is one of the few soybean-producing states without a sizable soybean crushing industry. The U.S. Department of Agriculture (USDA) estimates that North Dakota farmers will plant about 7 million acres of soybeans in 2021. Since 2016, farmers in the state have grown between 5.5. and 7 million acres of soybeans each year. Unlike North Dakota’s canola production, which is largely processed in-state, just about all of the soybeans leave the state as whole soybeans. The ADM plant will change that equation in a big way, consuming about one-fourth of the state’s annual soybean production for soybean meal and oil.

Farmers can play a key role in carbon sequestration because crops are highly efficient at using and storing carbon dioxide. Farmer A study conducted by LMC and commissioned by the United Soybean Board and the National Oilseed Processors Association showed that, in 2016, soybeans accounted for 9% of North Dakota’s gross domestic product. The state reached that number without much processing.

Domestic processing adds value to soybeans by separating the seeds into their component parts of meal and oil. The potential storm create jobs and to generate value-added soybean products that increase domestic markets is beyond intriguing because of the many benefits such as a facility would provide.

On Wednesday, there was a meeting with about 30 folks at Spiritwood concerning road conditions and needs once the ADM soybean crush plant is...